SPH Medical is a leading provider of solutions focused on reducing risk of injury to patient handling staff, and reducing hospital acquired infections and pressure ulcers. By offering clinical education and consulting services combined with the latest technology in assistive solutions we are helping facilities and caregivers address these areas of risk within their facilities.

Using an EPD for Patient Positioning During Spinal Blocks 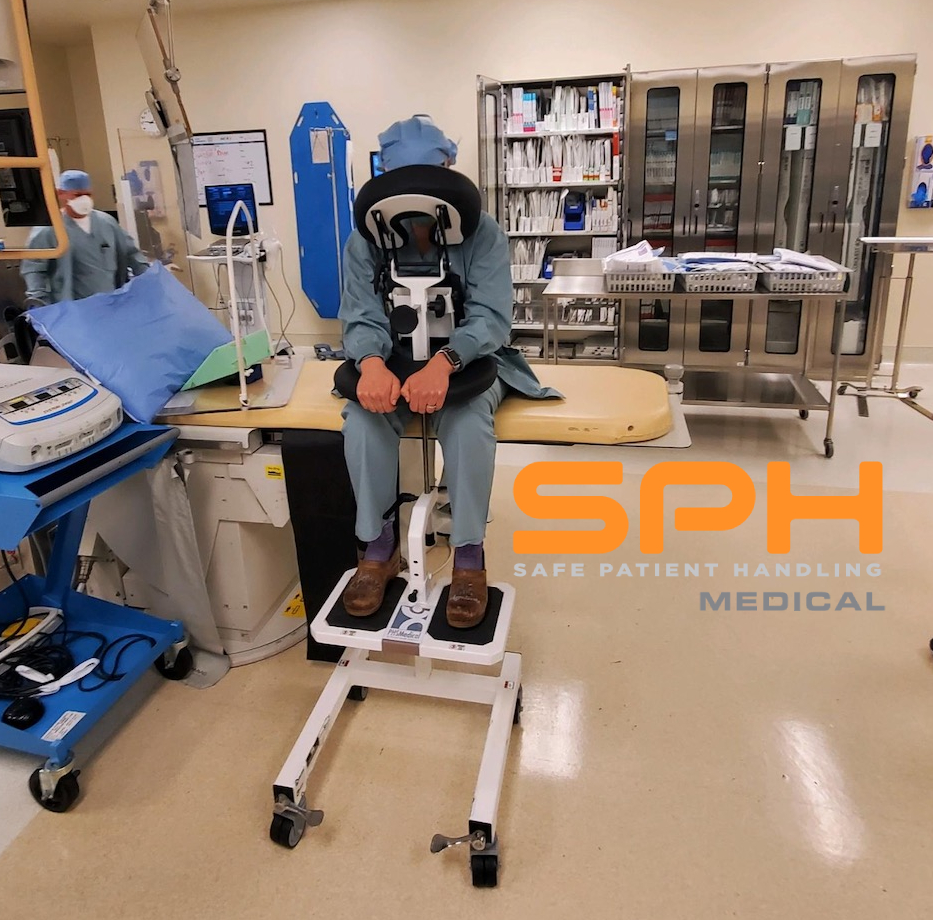 Using an EPD for Patient Positioning During Spinal Blocks

So that everyone is on the same page, a subarachnoid block, also known as a spinal block, is a general anesthesia alternative capable of producing an intense sensory, motor, and sympathetic blockade that keeps pain at bay.  The process entails injecting an anesthetic or opioid directly into the subarachnoid space via a fine needle.  These injections go into the patient’s back and leave them feeling numb from the waist down, making them ideal for orthopedic surgery involving the legs, hips, knees, and ankles.  The effects of a subarachnoid block can last from 2 to 4 hours.  That said, problems can arise when patients are left numb from the waist down after receiving a subarachnoid block injection.  To minimize the risk of patients falling when they have to transition from one location to another, medical staff will have to manually hold and support them, which requires a reasonable degree of counter pressure.  But even still, falls do happen.  And sometimes, both the patient and medical personnel end up suffering injuries as a result.

The Dangers in Patient Positioning During Spinal Blocks

According to a study published by the National Institutes of Health, the subarachnoid block or spinal block is the most widely practiced anesthesia technique used in surgeries involving the lower extremities, including orthopedic surgeries. In 2017, around 22 million Americans underwent orthopedic surgery of some kind. By the end of 2022, a projected 28 million will have undergone orthopedic surgery, according to a Globe Newswire study. Some of the nurses and anesthesia technicians involved in these surgeries either already have or eventually will suffer injuries due to not using an EPD, with falls, back strain, or both being to blame for the vast majority of them.

How Does the EPD Help for Patient Positioning During Spinal Blocks and Surgical Procedures?

First and foremost, EPDs are not limited to nurses and anesthesia technicians in a surgery department alone.  They can come in handy during post-surgery when patients are still in pain or find it difficult to move certain limbs.  Even in a surgery department, nurses and anesthesia technicians use them for non-orthopedic surgeries.  It is not uncommon to see them used before and after most surgeries involving a patient’s lower extremities.  EPDs can also come in handy in a labor and delivery unit to help move women from one location to another after childbirth, especially if they received epidural pain relief beforehand.  Whether in a surgery department, labor and delivery unit, or elsewhere in a medical setting, all EPDs work more or less the same.  They allow medical staff to position patients correctly and comfortably to facilitate cervical, thoracic and lumbar flexion.

To that end, the benefits of EPD, also known as an epidural chair, are as follows:

Helping a patient get into a new position, especially when epidural pain relief is involved, can be challenging and dangerous.  Using EPDs or epidural chairs can make life easier, not to mention safer, for everyone involved.

Safely Position Patients with the EPD